Laser vs IPL hair removal: which is best?

A comparison of professional and at-home laser and IPL, to learn which is best. 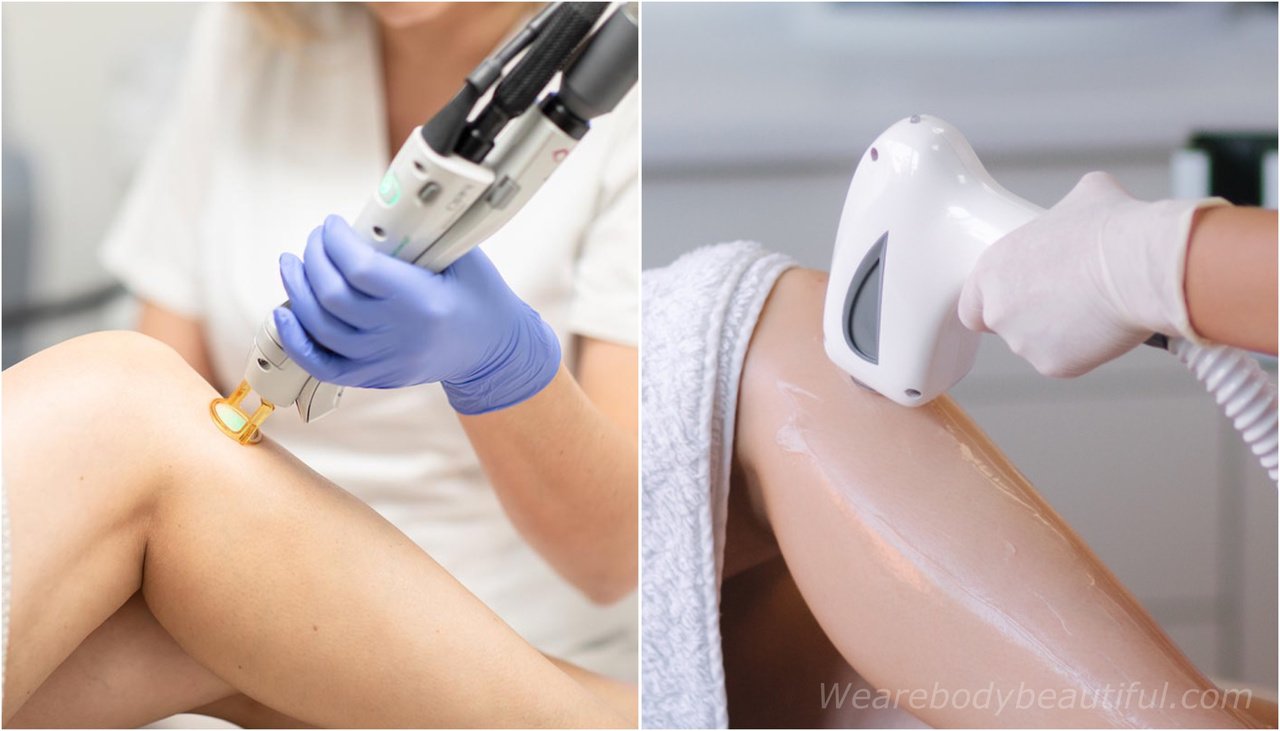 We’ve learnt already about what laser and IPL hair removal is and how it works to stop your hairs growing back. But a common question is what are the differences between laser and IPL, and which is best?

This article spells out the key differences and similarities between both professional and home laser and IPL hair removal. It then looks at the clinical results and proof for each.

First, let’s see how professional laser and IPL are different in this quick facts comparison table.

The key differences between professional laser & IPL are:

The similarities between professional laser & IPL are:

At-home laser and IPL devices have the same type of light, mode of action, wavelengths and saftey parameters as their professional counterparts.

The key differences between at-home laser and IPL are:

The similarities between at-home laser & IPL are:

This table shows the key differences and similarities (excluding the technical explanations of how laser and IPL work).

* Other cheaper brands without clinical evidence are available. These are typically sold via Amazon or online advertised via social media. Take care to research such brands thoroughly to check they have the right credentials and tests!

Which works best, laser or IPL?

First up, there is PLENTY of scientific research and studies proving both laser and IPL hair removal work very well.

The first clinical studies into IPL and laser hair removal published in the late 1990s. There are now hundreds of studies documenting the safety, side effects and results of many professional grade systems.

In addition to this, loads of professional IPL and laser hair removal machines are FDA-cleared.

FDA-clearance allows manufacturers to market their device in the US based on their machine being significantly similar to a previously cleared, or ‘predicate’ device. And over the last decade or so, several home-use IPL and laser devices gained successful FDA-clearance proving they work and are safe for home use.

About the clinical studies

The clinical studies themselves use varying parameters such as the device itself, power intensities, differing participant skin and hair colouring, body areas (called sites), number of treatments and intervals between treatments.

They measure the hair-count reduction at specific intervals following the last treatment, and record any side effects. The studies confirm effective hair reduction results or permanent hair reduction, with the amount of hair reduction varying from person to person.

👉 But they don’t conclusively prove either IPL or laser to be better.

For example, one 2006 clinical study with 232 participants compared the hair reduction results from IPL, Alexandrite and Diode lasers at 6 months after the last treatment. Here are the results:

The differences shown above are not considered big enough to be clinically significant. Therefore, although IPL shows the lowest percentage reduction it can’t be confidently said IPL is less effective than laser hair removal.

However, this is contradicts what you’ll be told by some laser hair removal providers. More on this next…

Their rationale is: IPL pulses light in many directions therefore it’s not focussed. Laser is most effective because the laser concentrates light energy to a single point, therefore exerting increased energy on the hair.

However, as shown above, evidence from clinical studies doesn’t consider the mechanism of laser to be significantly more effective than IPL.

So, what’s going on here?

Consider this. Laser machines are generally more expensive than IPL. Therefore, medi-clinics perhaps offer this service to differentiate themselves from cheaper beauty spas offering IPL treatments. They can then charge a premium.

Most professional IPL and laser hair removal machines have clinical proof showing you can get up to 90% hair reduction after a course of treatments. And depending on the machines, both IPL and laser generally work at similar power intensities. So, the machinery and technology alone doesn’t suggest either is superior.

What about home laser vs home IPL?

In contrast, home laser with the Tria 4X does promise greater effect than home IPL rivals. That’s because on the highest intensity, it’s 3 times more powerful than the most powerful IPL device (that’s 6.5 vs 22 J/cm2 ). The more powerful the intensity, the longer lasting your results.

⚠️ However, don’t decide on this alone ⚠️

Both home IPL and laser give excellent hair reduction results once you’ve completed the start-up and done several top-ups. And home laser hair removal with the Tria 4X has some real cons. It’s not suited to larger body areas and, overall, it demands much more time and commitment compared to IPL rivals. I’ve compared the Tria 4X to the Philips Lumea Prestige so you can learn more.

AT HOME LASER VS IPL
Tria 4X vs Lumea Prestige

If you want to check out my recommended best at home laser and IPL devices, choose from these tried-&-tested round-ups:

Laura Gladman
I'm a bit obsessed with at-home beauty devices. It's a habit I've had for around 8 years now. I love the science, testing and reviewing them, and sharing my experience and feedback on my site Wearebodybeautiful.com. I'm also a crazy dog lady, and I don't care. 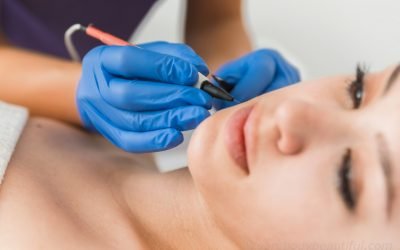 What permanent hair removal means, electrolysis as a permanent removal method, how professional and at-home IPL and laser differ, and what results you can expect. 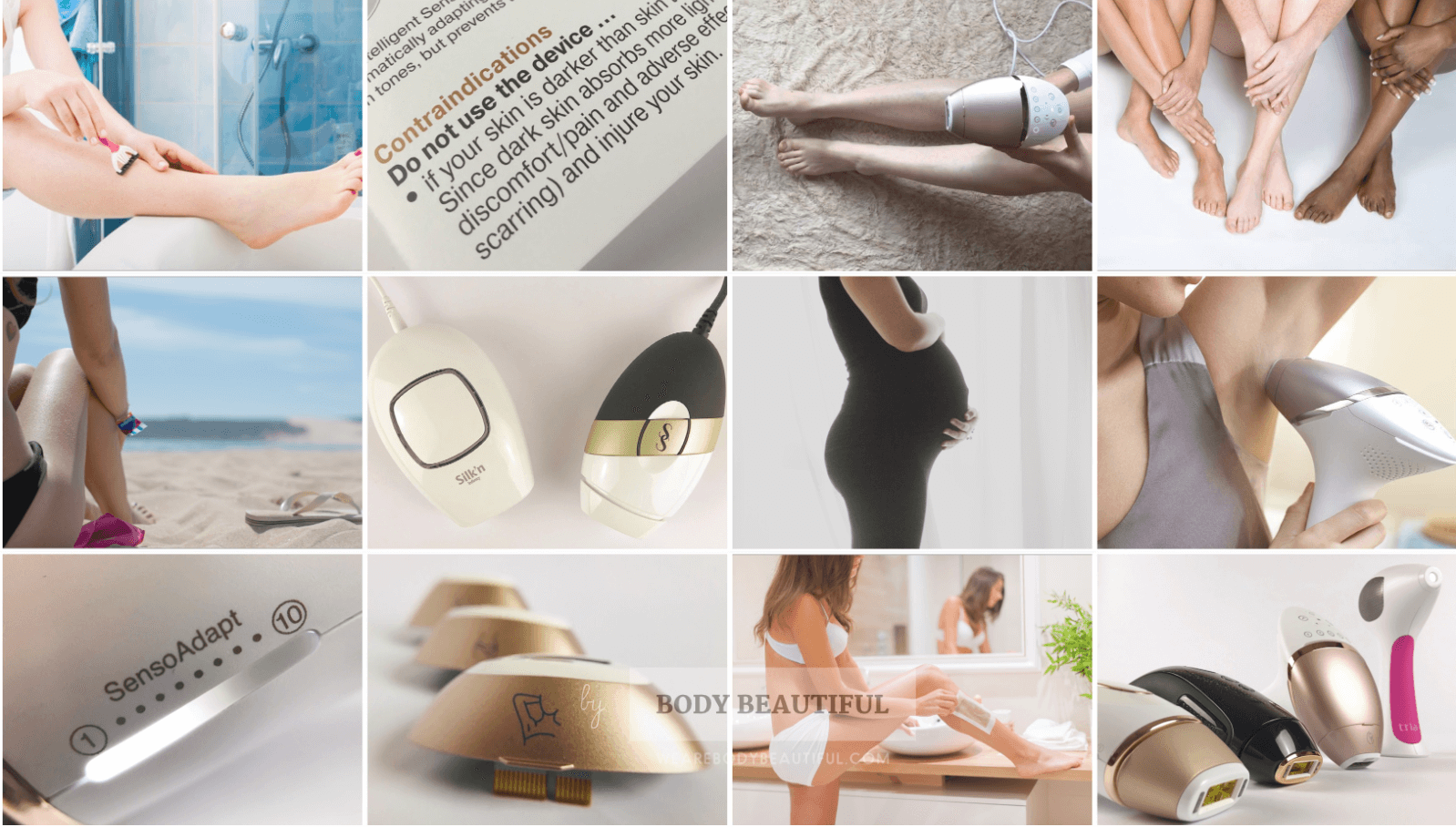 What laser / IPL is, how it works, contraindications, how to do it, what it feels like, possible side effects, and results you can expect. 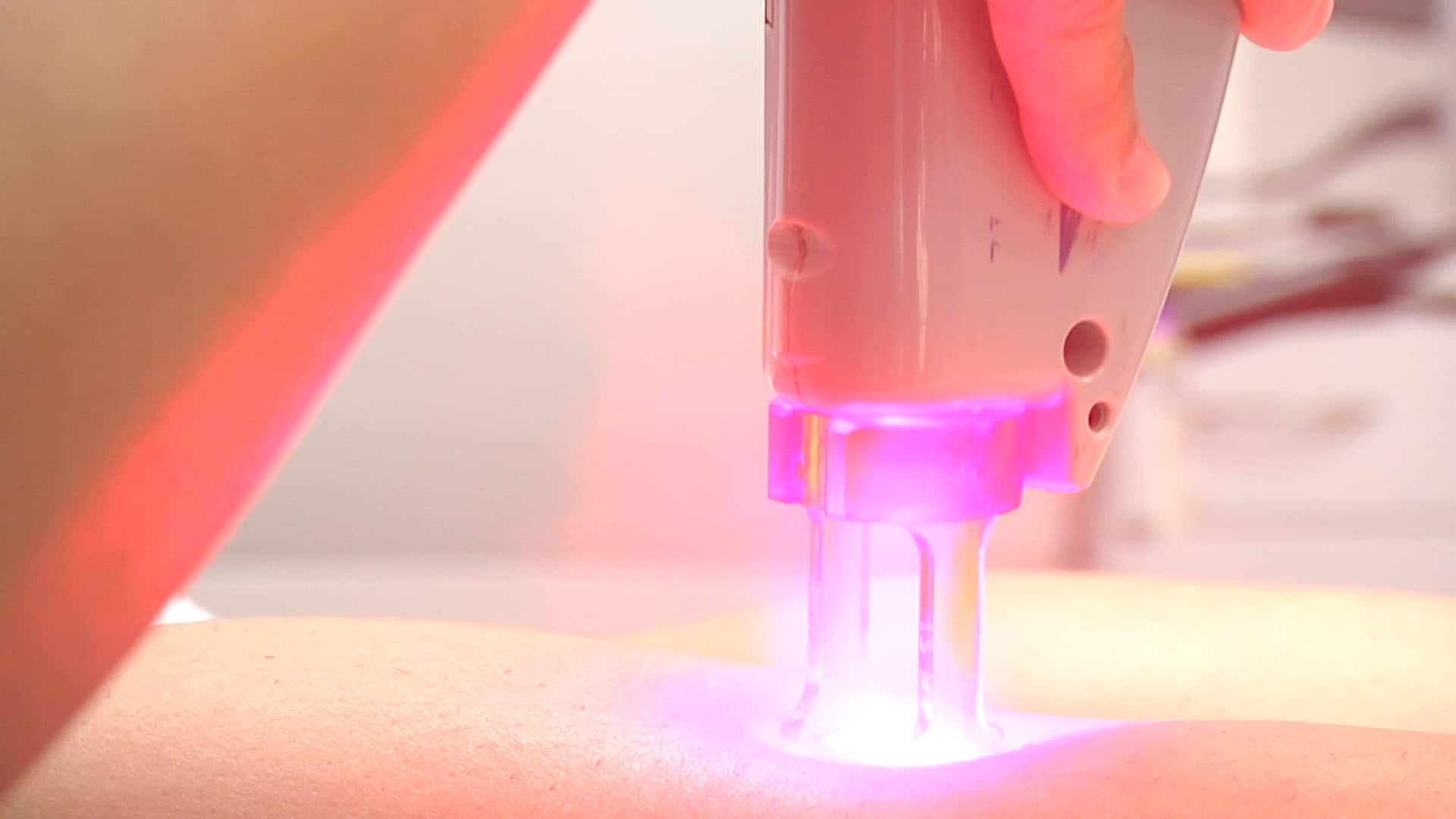 What is laser & IPL hair removal?

A bit of background on professional and at-home laser & IPL hair removal, and which at-home devices you can buy today. 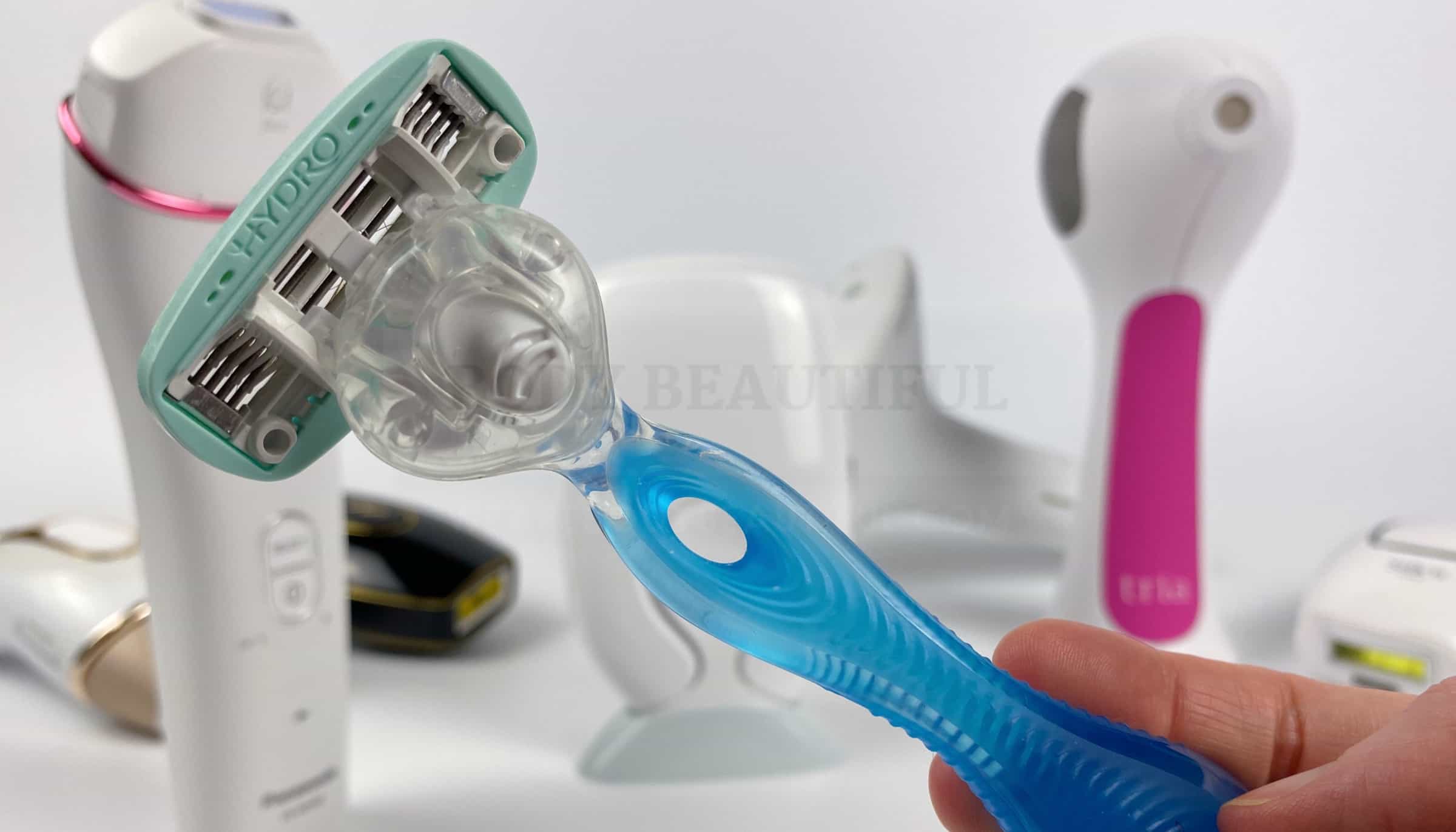 Must I shave before IPL & laser hair removal?

Shaving your hairs before home laser or IPL sessions gives hands-down your best results. But for some people it’s just not practical. So, are there other options? Let’s find out. 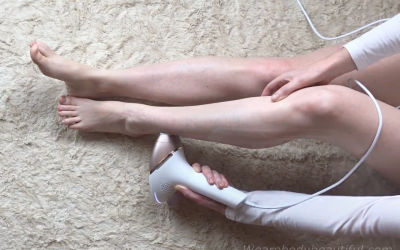 Is laser hair removal worth it?

This is my true story of how laser hair removal changed my life in unexpected ways. 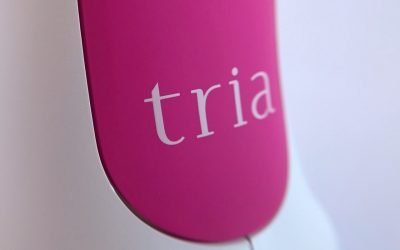 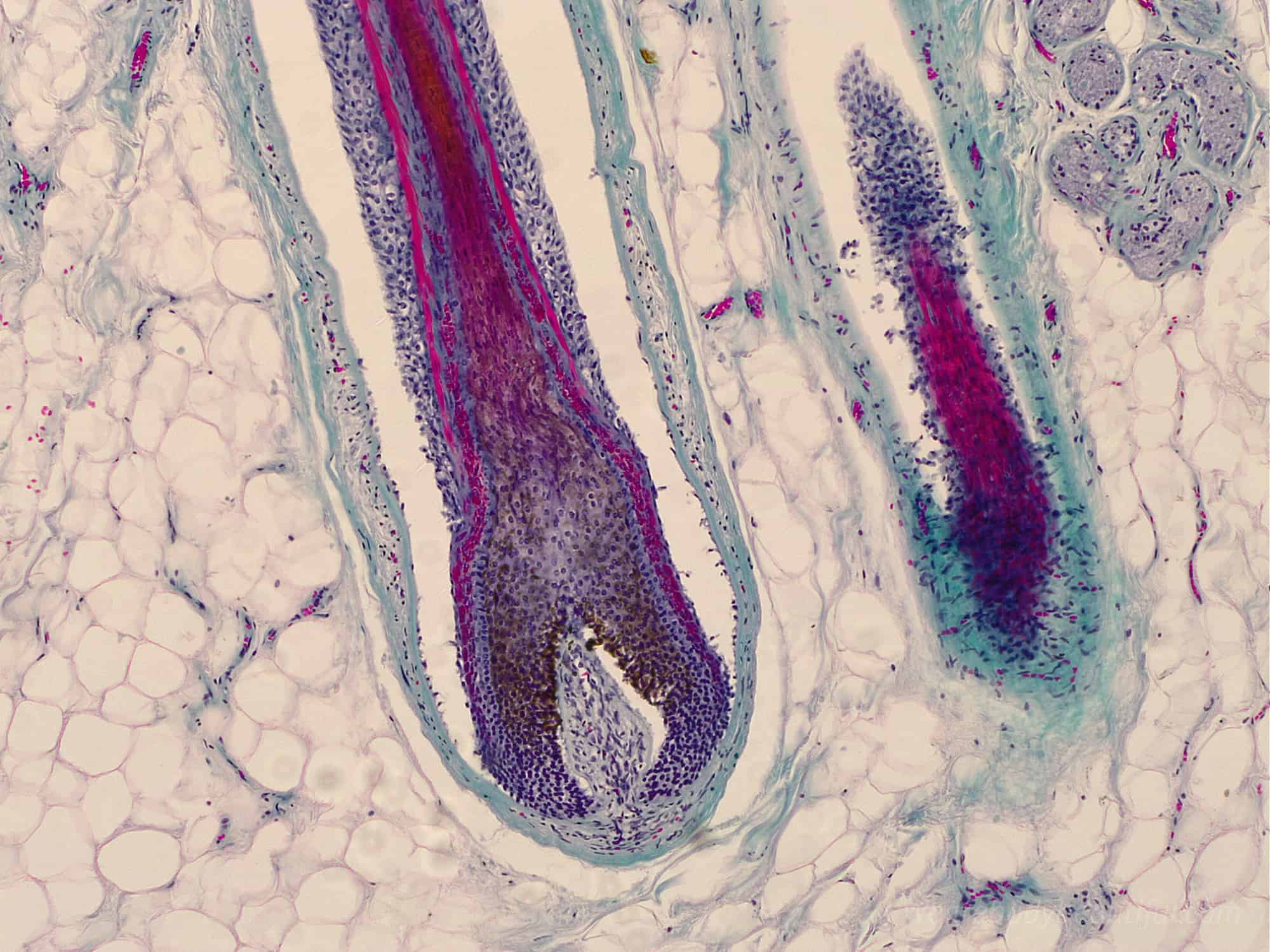 How does laser hair removal work on your hairs?

Exactly how laser & IPL light energy stops hair growth, what happens to your hairs, why they don’t grow back, and how at-home devices work a bit differently. 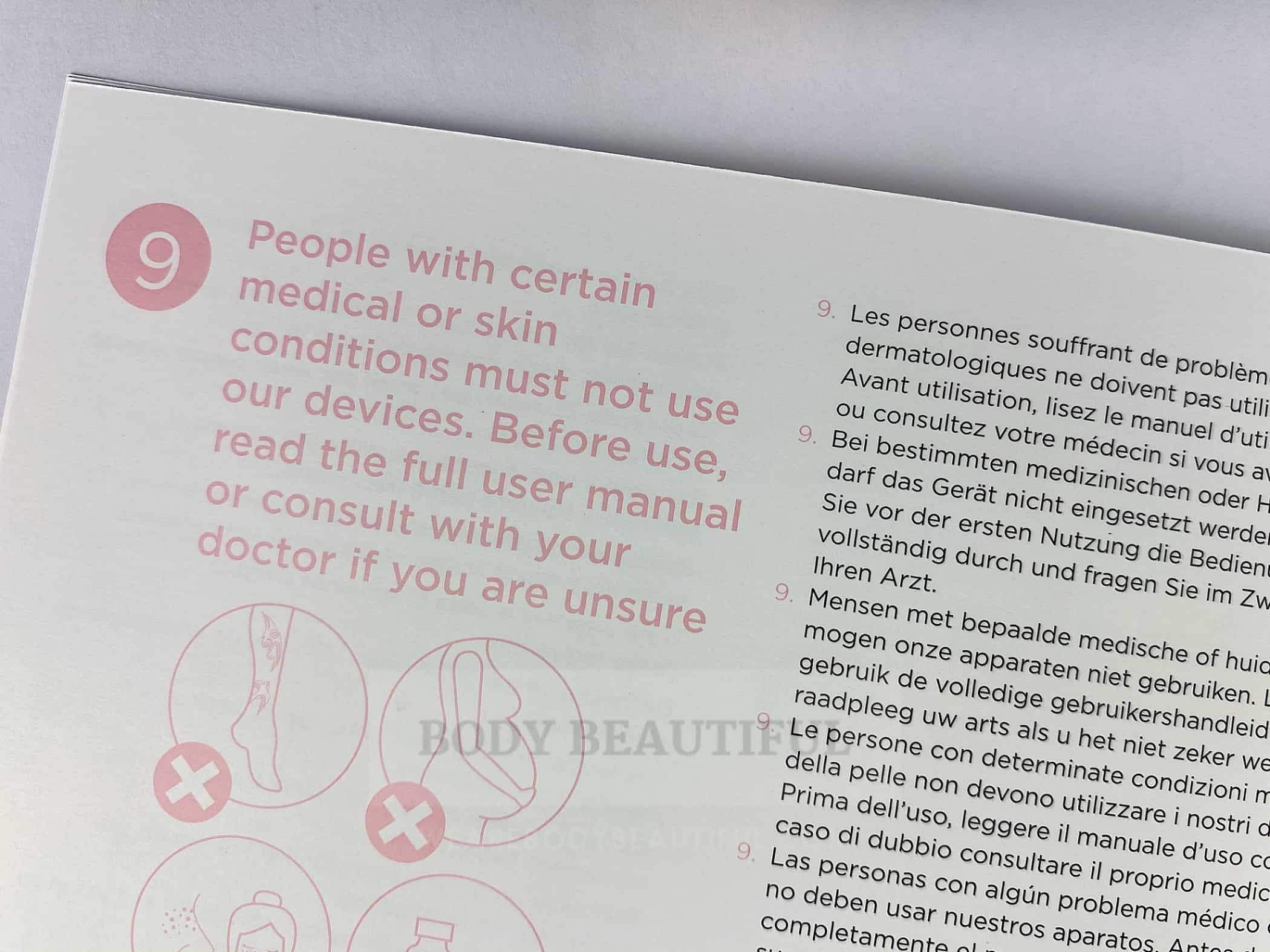 A list of at-home laser and IPL contraindications collated from the leading brands’ user manuals. 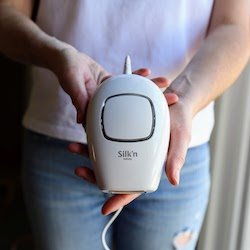 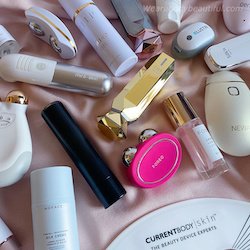 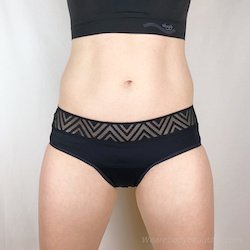 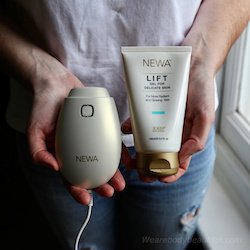 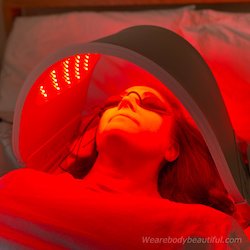 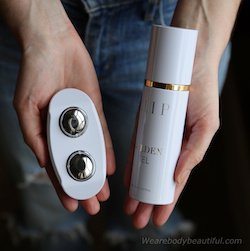